Please Note: This data is free to download but you must request access by clicking 'Get Price', providing your name, email and institution/organisation.

In the aftermath of the wide swath of devastation from the flooding in Central Europe, the fundamental role of climate change in both its origin and ultimate severity is being hotly debated by governments and scientists alike. The event, considered by some as being a once-in-a-millennium flood has deluged extensive regions in western Europe. As of Monday 19 July, the death toll in Germany had reached 196 with a further 749 reported injured. A further 31 fatalities were reported in Belgium. Between 12-15 July, a low pressure system stalled across Europe bringing excessive rainfall in a short period to a number of countries including Germany, Luxembourg, France, Switzerland, Belgium, Netherlands and Austria.

In Jalhay (Belgium), 272mm of rain fell in 48 hours as small streams and rivers were inundated. The highest daily rainfall occurred at Köln Stammheim station which saw 154mm of rain fall within 24 hours - a figure that is almost 50% higher than its previous daily record of 95mm. 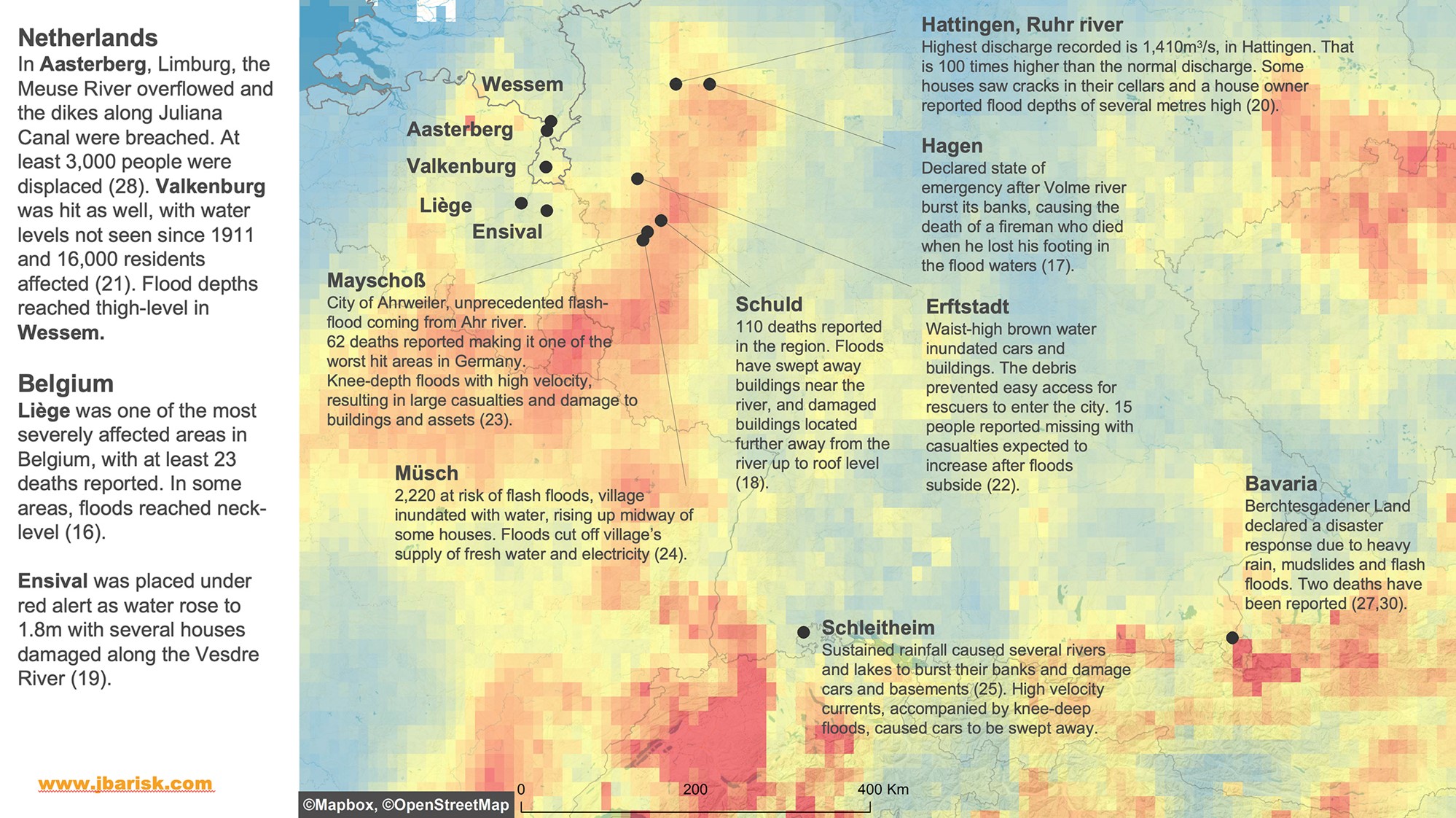 Figure 1: Rainfall accumulation from 11 to 18 July 2021; the highest rainfall is represented by red with a maximum of 210mm over the 7-day period.

Germany’s Ahrweiler district has been one of the worst affected areas as flash floods surged through the village of Schuld, washing away six houses and leaving several more on the verge of collapse (4). In Ahrweiler district, water reached a record level of almost 3 metres (15). At least 90 of the reported deaths in Germany have been people living in towns and villages located in the valley by the Ahr River in Rhineland-Palatinate state. The river Ahr is a tributary of the Rhine, and 20 out of the 35 bridges along the Ahr were destroyed.

Aside from Germany, a number of other countries have been impacted. Liège, the third largest city in Belgium was flooded, with at least 23 confirmed to have died. The flooding in Liège resulted from high water levels along the Muese River. Lake Lucerne in Switzerland experienced flooding as well. Limburg, a southern province in the Netherlands, was the worst affected with thousands of people evacuated and businesses forced to close.

Please Note: This data is free to download but you must request access by clicking 'Get Price', providing your name, email and institution/organisation.

As award-winning specialists in catastrophe modelling and analysis, we’re the leading consultants for flood risk and natural peril modelling both in the UK and internationally.... read more